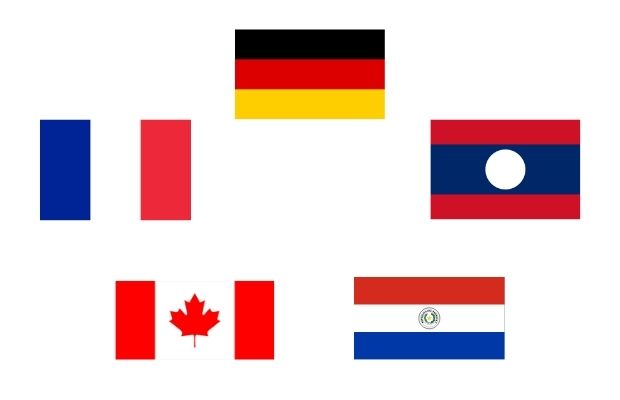 In the aftermath of the Russian invasion of Ukraine, the western world reacted with a series of sanctions against Russia. It turns out that the sanctions weren’t enough to completely ban Russian energy – oil, gas and coal imports. Even if the United Kingdom has decided to phase out Russian oil by the end of the year, while reducing its imports of Russian gas by two thirds.

While the moves in the Western world may well be retribution for Russia’s invasion of Ukraine, they may have adverse consequences for the global economy. Therefore, the effect was evident right after the invasion of Ukraine as oil and gas prices skyrocketed. Russia is the third largest oil producer in the world after the United States and Saudi Arabia.

More than half of the 5 million barrels of crude oil produced by Russia are destined for Europe. Comparatively, the US is less dependent, with around 3% of its oil imports coming from Russia in 2020. Russian gas accounts for around 40% of EU natural gas imports. In 2021, the European Union imported an average of more than 380 million cubic meters (bcm) per day of gas via pipeline from Russia, or about 140 billion cubic meters (bcm) for the whole year. In addition, around 15 bcm were delivered in the form of liquefied natural gas (LNG). The total 155 bcm imported from Russia accounted for around 45% of EU gas imports in 2021 (Source: IEA) . All of this just goes to show that the need for electrification of the global economy, by moving more and more sectors to electricity rather than fossil fuels, as we see in transport and electric vehicles for example, is urgent.

The Ukraine-Russia chapter also recalled the vulnerability of nations, including the developed world, to disruptions in the energy sector. Can the major electricity-exporting countries shake the energy hegemony of countries that currently export oil and gas?

Among the continents, exporters from Europe sold the most electricity in dollars with a shipment value of $17.9 billion or 62.3% of the world total. By contrast, Asian exporters were at 17.7%, while 7.7% came from North America, ahead of Latin America at 7.1% (excluding Mexico but including the Caribbean). Africa shared 5.2% of world exports.

So, which are the main countries electrifying the world? Here is a list of the five largest electricity exporters in the world.

Sharing more than 11.5% of global electricity exports, Germany was the largest electricity exporter in the world. While overall exports exceeded $3 billion, the country ranked sixth in terms of net exports, which amounted to $1 billion.

Clearly, Europe’s powerhouse produced more than 52% of total electricity in 2020 using non-renewable sources such as lignite, hard coal, nuclear energy, natural gas and petroleum products. Developing about 3% from various sources, the country has developed more than 44% of its electricity from renewable sources such as wind, hydro, biomass, photovoltaic, household waste and geothermal energy. E.ON SE, one of the world’s largest investor-owned electricity utility providers, is a major German company engaged in the country’s international electricity trade.

An immediate neighbor of the electricity giant, Germany, is also our second in the list of the largest electricity exporters – France. In 2020, France generated approximately $2.2 billion in electricity exports, or 7.5% of global exports. Still, the country was a better ranking, fifth, than its neighbor in terms of net export value – crossing over $1.3 billion.

With the highest net exports ($1.8 billion) in the world, Laos was ranked third in the list of the largest electricity exporters in 2020. The Southeast Asian power giant is the only Asian country on the list, a region that is home to world leaders like India, China and Bangladesh.

The North American sovereign is one of the largest exporters of electricity on the planet. With about 6.6% of global energy exports, it exported about $1.9 billion worth of electricity. Consequently, the country was the third largest net exporter of electricity, achieving about $1.7 billion in net exports in 2020. Almost all to the United States.

Norway has also been a major exporter of electricity to its neighborhood, thanks to strong hydroelectric power generation, although the final figures are not yet known.

Closer to home in India, we had done this article on the potential for electricity trading in the South Asian region.