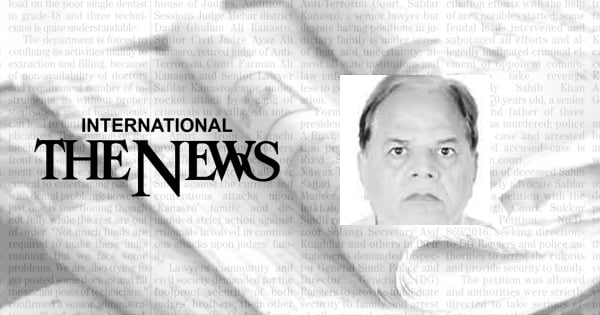 It seems that the Pakistani government is skeptical about talks of an open market regime in the electricity sector. In the meantime, he lets the market players play. Government and other stakeholders may be skeptical because of what has happened in sugar, oil, flour and other markets.

The government’s ambivalence is illustrated by its allowing DISCOs to go to court against Nepra’s decision on the embezzlement charges. Wheeling is the first step towards an open market regime. Admittedly, Nepra, in its enthusiasm, opted for unreasonably low rolling charges of Rs1.5, which was a recipe for destroying the already struggling DISCOs. It also created the prospect of bringing the most inefficient power plants to market due to unduly low turnover rates – Rs1.5 against Rs5-6 per kWh, the normal DISCO rate.

Nepra ignored the legitimate inclusion of cross-subsidies and charges related to stranded assets. The NEP took note of this and proposed a reasonable framework. The question is: will Nepra accept it? After a bad experience, he can accept unless he wants to block the whole initiative of an open market under the CTBCM.

The NEP has almost ignored the issue of electricity storage. It should have included a significant number of clauses on the issue. We are talking about a share of renewable energy of 60 to 70%. Most countries with solar and wind power ambitions and goals are planning to set up electricity storage facilities. For example, the Philippines, with only 26,000 MW of installed capacity, plans to install one GW of storage and is already implementing a phased program in this regard.

Solar and wind remain quite competitive until they cross a certain threshold. Beyond this threshold, the needs for stability and capacity call for the addition of storage, which almost doubles the current tariff of 3-4 USc for solar and wind power, bringing it back to par with that of fossil fuels such as coal. Perhaps even then, solar and wind should be a preferable option as there is strong opposition to coal around the world.

There are signs that even Thar Coal may not be allowed to go beyond current projects. An example of this is Chinese announcements in international forums regarding non-funding of overseas coal projects. In this context, renewable energies as well as storage acquire an extraordinary importance. The NEP should therefore fill in this gas and release more than it forecast in its report.

The NEP planners may have overstepped their bounds. They talk about the integrated energy plan (IEP). Energy is not just electricity. There are other sectors such as transport, industry and agriculture which use various types of energy and not just electricity which requires gas and oil and this may be the engine to push them in the integrated energy plan.

A multidisciplinary body such as the Town Planning Commission (CP) can take charge of this mission of the IEP. The PC failed to deliver in this regard, which pushed them to the IEP proposal. There is no guarantee that the Power Planning and Monitoring Company (PPMC) would succeed despite the lack of institutional context. He offered to move the IEP cell to the PPMC – although it doesn’t appear to be allowed.

The electricity division or PPMC has a lot to integrate in the field of the electricity sector – generation, transmission and distribution. The question of transmission has often been forgotten because we notice the lack of corresponding transmission capacity. Distribution has always remained an activity in its own right.

Universal access and rural electrification have been on the agenda for a long time. It was difficult and uneconomical to extend the large-scale network to include less populated rural areas. Fortunately, solar, wind, small hydro and other renewable energies have opened up many possibilities. The NEP has addressed this subject. Currently, in many rural areas, people use these resources in cooperative self-help in an unorganized way.

Electric cooperatives are very successful in the United States. Under cooperative programs, at least operation, maintenance and bill collection can be arranged even if provincial governments or utilities perform the initial installations. Bills can be collected by residents in legal cooperation with a party deposited in the investor’s account. The lack of supervision has prevented rural areas from accessing many infrastructures. The government could also consider extending the cooperative movement to other sectors as well.

A commendable aspect of the NEP is the provision for the indigenization of fuel. It provided for the conversion of imported coal-fired power stations to local Thar coal. It can be a difficult task but totally possible. Feasibility studies should be undertaken in this regard. Three imported coal plants was initially a mistake; one or two would have sufficed to make up the shortfall for the installation of gasworks.

We are talking dangerously about the closure of these factories as part of a compensation plan. In this context, the conversion to coal of the Thar is a good idea. We are facing a huge current account deficit problem. The increase in exports is a long-term problem. Immediate options are available to reduce energy imports through indigenization. The exploitation of the Thar coal has almost been entrusted to a single company. More players should come into coal mining. Pakistan has virtually no other energy resources and its gas supply is already dwindling.

It should be pointed out in international forums that Pakistan has a low carbon front and does not have much choice. India has successfully delayed coal phase-out targets beyond the year 2050. What harm would 25,000 MW of Thar coal capacity do in the context of over 200,000 MW of power plant capacity in the coal in our neighborhood?

Talking about hydrogen is premature for a plan whose deadline is the year 2024. Moreover, it is an oil division problem, if at all. I’m a strong proponent of hydrogen as a long-term option. At this stage, research and development can be initiated in this regard. We would have liked that the NEP had also provided for the local manufacture of solar equipment.

The NEP is a welcome initiative. It will incorporate essential activities that are merely suggestions, provide a useful document for stakeholders, and generate a common goal around which efforts can be organized. Hopefully it won’t stay as a wrapped document.

The plan can be improved and adjusted; issues raised in the article can also be considered. The elimination of circular debt, inefficiencies and leakages and the business of modernization and innovation, and expansion to meet required demand leading to greater utility and consumer satisfaction and reduction in cost supplies are the call of the hour. It can be done. The NEP can be an excellent tool to achieve these noble goals. It should be widely disseminated to get input from stakeholders.

The author is a former member of Energy Planning

He can be reached at: akhtarali1949@gmail.com

Is continuous water disinfection healthy for your plants?