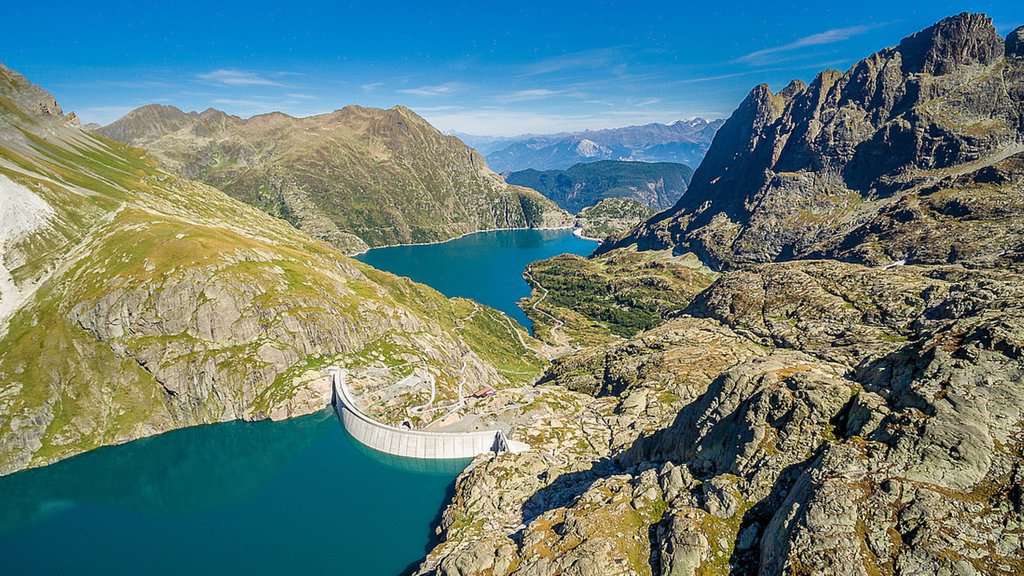 The construction of a 900 MW “water battery”, which cost Switzerland two billion euros and lasted 14 years, is finally operational. It went live on July 1, 2022. The battery is located in the Swiss Alps, nearly 2,000 feet (600 meters) underground, and can store energy from 400,000 electric vehicle batteries. That’s enough juice to power 900,000 homes at once!

Why is this water battery important?

Renewable energy sources will become increasingly popular as the world strives to become more sustainable. However, these technologies provide intermittent power because they depend on weather (wind) or time of day (solar). That means we also need to find a way to store the electricity it generates for times when it can’t produce enough.

Dense batteries offer a solution to this problem. Yet they require minerals like cobalt, nickel and lithium to be mined – a practice that is detrimental to the environment and to sustainability efforts. The water battery requires no material consumption and will never need to be replaced.

“It’s an ecological battery that always uses the same water. Efficiency is over 80%: for every kilowatt hour of electricity used to pump water upstream, 0.8 is injected into the network. In less than ten minutes, the direction of rotation of the turbines can be reversed and switch from electricity production to storage.

This flexibility is essential to react quickly to the needs of the electricity network and to adapt the production and consumption of electricity. Otherwise, you risk a grid collapse and blackout, as happened in Texas earlier this year. In the future, it will be increasingly necessary to store large quantities of electricity, as renewable sources gradually replace nuclear and fossil energies.

The 20 million kWh water battery should help stabilize the Swiss and European energy systems. Moreover, it is so massive that it can store more energy than Switzerland needs, which is why it can also serve other countries in Europe.

“This can play a role in stabilizing the network at European level. We are geographically at the heart of the continent and energy flows pass through Switzerland. If there is an overproduction of wind energy in Germany, we can use the excess electricity to pump and store water.

For example, during peak demand, such as a heat wave, the battery can minimize grid overload.

What is a water battery?

A water battery, also called a pumped storage power station, is a form of hydroelectric energy storage system. The battery is made up of two huge pools of water spaced at varying heights from each other.

By pumping water from the lower basin to the upper basin, the battery “charges” itself, storing additional energy generated by renewable energy sources. The water flow is reversed to “discharge” or use the stored electricity.

How does a water battery generate electricity?

Like other forms of hydroelectric power, electricity is generated by the movement of water through a turbine. In the case of the Swiss water battery, there are nine giant turbines between the two pools. As the water flows from one pool to another, it passes through the turbines and these generate electricity.

Why did it take 14 years to complete the water battery?

The battery was built between the Valais, the Vieux Emosson and Emosson reservoirs in Switzerland. The plant’s vast engine room, 650 feet (200 meters) long and 100 feet (32 meters) wide, lies 600 meters (2,000 feet) underground. It’s a space big enough to hold the Leaning Tower of Pisa.

So the engineers had to dig tunnels through the Alps to transport building materials. These tunnels are approximately 11 miles long (18 kilometers)! It was only after the tunnels were built that the construction materials and prefabricated structures could be transported up the mountain to make the battery.

In addition, the Vieux Emosson dam was raised by 20 meters to increase the energy storage capacity of the battery.

The potential of a water battery revolution

According to Matthew Stocks of the Australian National University, there are 616,000 places worldwide where closed loop hydro-pumping facilities could be developed. Stocks is a researcher who based his judgment solely on geographic factors. According to him, installing just 1% would be enough to eliminate all the difficulties associated with intermittent energy sources.

Pumped-storage hydroelectricity is a well-established technique. Excited by its potential, Switzerland, together with 11 other nations, is taking part in an international event to relaunch the development of pumped hydro storage in electricity markets.