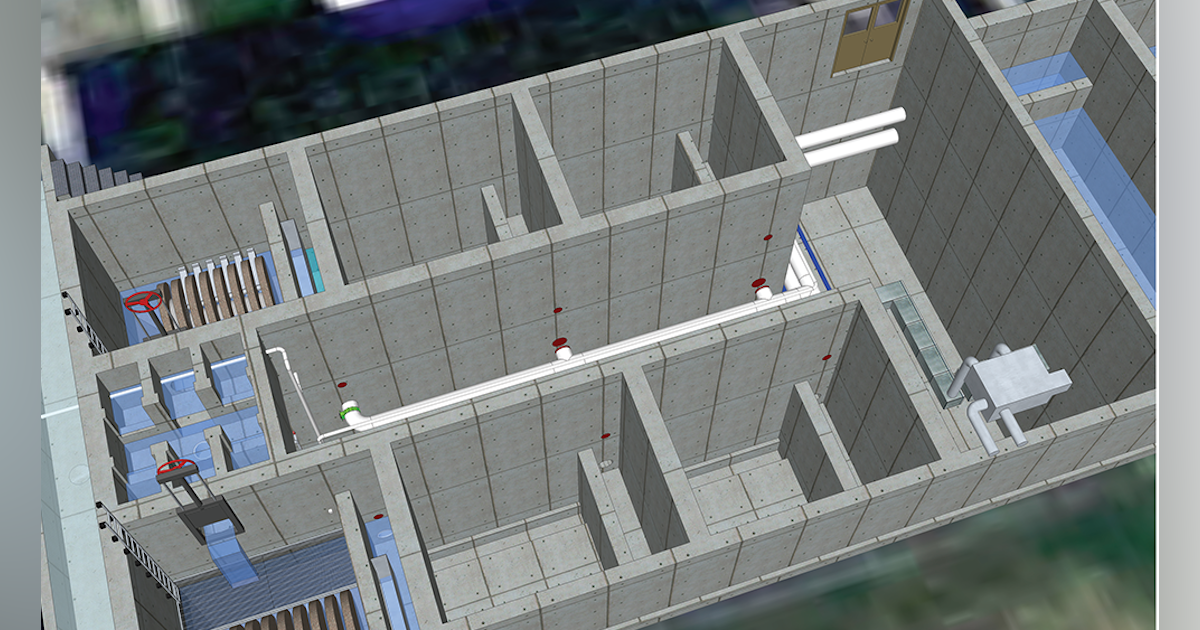 The main challenge facing the sewage treatment plant was that the tertiary media filters required too much maintenance and excessive backwashing. Besides the problems with the 30 control valves, the plant had problems with broken underground drains and fluid losses.

â€œNot a day has gone by that we didn’t have to work on it, especially on the control valves,â€ said plant manager Robert Brelsford. â€œThe system required about 10,000 gallons per backwash. ”

In the fall of 2011, project engineers at Jones & Henry Engineers Ltd., of Fort Wayne, Indiana, took a closer look at the six tertiary filters, which had a combined average flow rate of 2.35 million gallons per day ( MGD).

â€œAfter a six month evaluation, we determined that the old sand filters were not repairable,â€ said Brian Houghton of Jones & Henry. “Instead, the recommendation was to install two new cloth disc filters, each with a capacity of 4.7 MGD.”

During the winter and spring of 2013, Brelsford, Houghton and Portland Mayor Randy Geesaman visited several municipal facilities to assess treatment options. One of the sites was the water pollution control facility in the town of Bowling Green, Ohio, which uses six Aqua-Aerobic AquaDiskÂ® fabric filters to handle peak flows ranging from up to 36 MGD.

â€œWe went to Bowling Green a few times to look at the equipment,â€ Brelsford noted. “We were impressed.”

“Our secondary clarifiers contain a lot of foam,” said Brelsford, “which would be trapped and would be difficult to extract in an upside down configuration.”

With the outside-inside configuration of the AquaDisk filters, the influent enters the filter unit and comes into contact with the outside of the filter disc. The filtrate passes through the fabric support by gravity and is removed from the hollow area inside the filter disc by a hollow shaft which supports the individual discs. As solids build up on the surface of the media, the water level surrounding the discs increases.

Once it reaches a predetermined level, automatic backwashing begins: the discs spin, then the backwash pads contact the media surface and a vacuum is applied to remove solids. Filtration is not interrupted. The heavier solids settle to the bottom of the tank and are pumped to a digester.

Meanwhile, as the team carried out their fieldwork and prepared to seek proposals from disc filter manufacturers, the Indiana Finance Authority informed the city that it could secure funding for these improvements to the system. wastewater treatment plant in the current cycle of state revolving funds (SRF). , but bids for the project were due to open in about six weeks.

The city asked Jones & Henry if this schedule could be met. Jones & Henry said yes and reached out to Aqua-Aerobic Systems, who were able to expedite the design and produce computer-aided design (CAD) drawings almost immediately to meet the deadline.

Through an expedited design-build process, the Portland Wastewater Treatment Plant went from design work to project completion in just over 12 months. Adherence to this very tight schedule ensured that the plant would receive funding from the FSR.

“The adherence to this schedule was due in large part to the close coordination and communication between city staff, the regulatory agency, the finance agency, the engineering firm (Jones & Henry) and the equipment suppliers, especially Aqua-Aerobic, â€Houghton said.

The tertiary treatment system has been completely overhauled, adding two AquaDisk filters, each consisting of 10 discs and capable of handling peak flow rates up to 4.7 MGD (the total treatment volume for both filters is 9, 4 MGD). Each disc is equipped with OptiFiberÂ® Fabric filtration media designed to maximize solids removal over a wide range of particle sizes. Its thick pile construction helps store filtered solids, unlike microscreen media, thus extending the time between backwashes. This uniquely designed fabric fiber backing support structure promotes thorough cleaning of the backing for optimum performance.

The project also included piping work (much of the existing piping was kept, refitted and reconfigured), new controls, HVAC work, repaint, polishing of concrete floors, addition of a new roof and rehabilitation of the anaerobic digester used to treat the sludge from the clarifier.

In operation, either of the AquaDisk filters can handle the process capacity of the six previously used granular media filters, providing flexibility for routine maintenance and future growth.

The backwash volume was reduced by 97 percent, to about 300 gallons per backwash. In addition, the energy consumption has significantly decreased because much less water is pumped through the system. WW

About the Author: Mark Hughes is Director of Product Management at Aqua-Aerobic Systems. He oversees all aspects of the company’s filtration product line and has been involved in the wastewater industry since 2008.