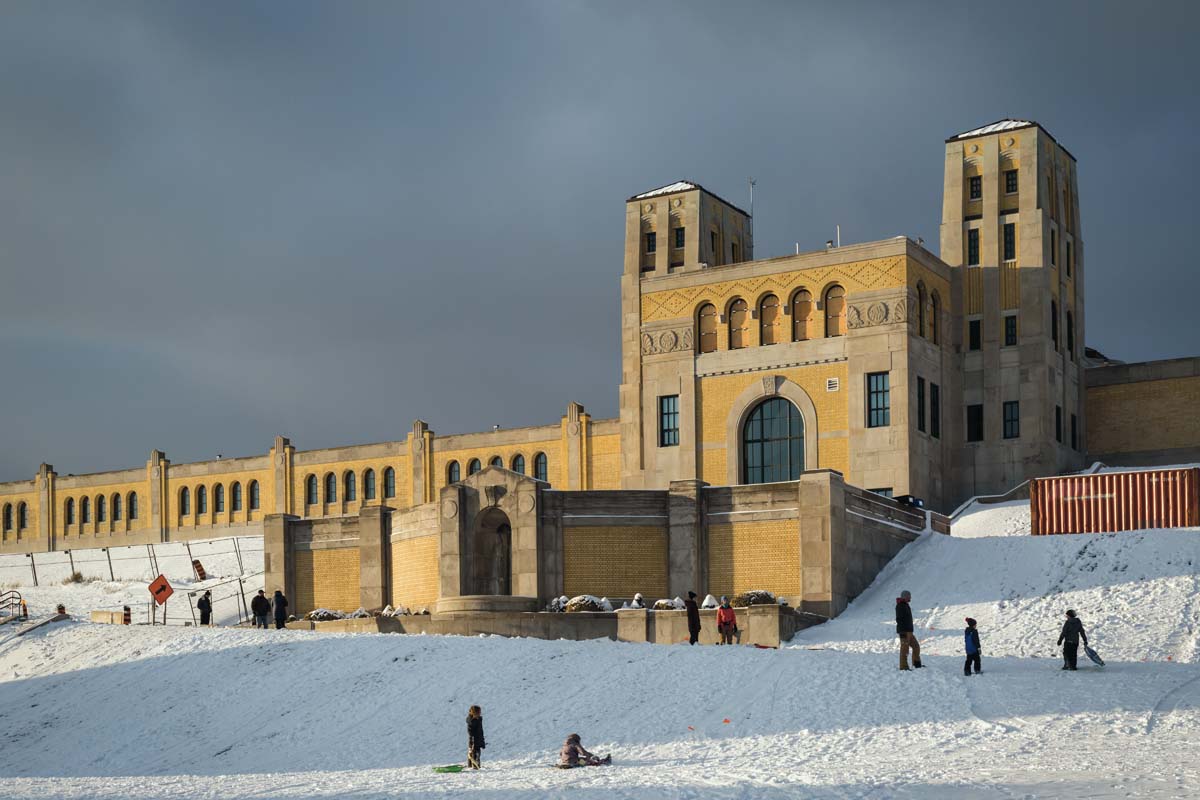 In 1932, construction began on the water filtration plant and pumping station at Victoria Park in Toronto. Designed by architect Thomas Canfield Pomphrey and engineers Gore, Nasmith and Storrie, it contained forty filtration beds, making it the city’s largest facility for cleaning and disinfecting water drawn from Lake Ontario, for a safe to use as drinking water. By the time it was completed, in 1941, it was known as “the Palace of Purification”. A few years later it was renamed in honor of Ronald Caldwell Harris, the visionary Commissioner of Works who designed the plant.

For a year, architectural photographer Amanda Large documented the buildings and grounds of the RC Harris Wastewater Treatment Plant. “I wanted to spend time revisiting a place over and over again, getting to know how it changes in light and with the seasons,” says Large, who first discovered the plant when an architecture professor attributed the novel by Michael Ondaatje In the skin of a lion. His photographs, taken with film, digital cameras, drones and Polaroids, capture the enduring architecture of the factory, but also its continued life as a working facility and a place integral to life. from the city.