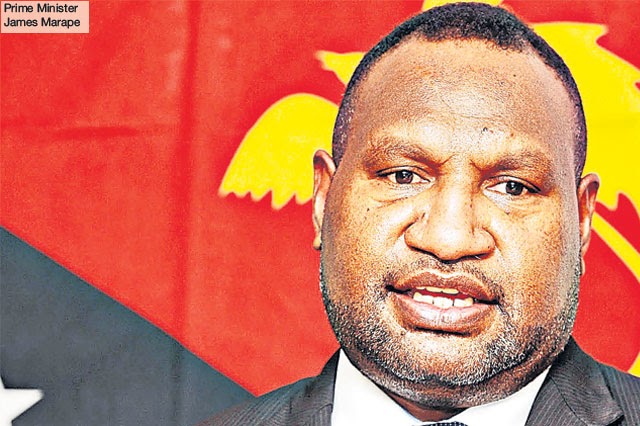 PNG Premier James Marape says government officials will review Hides PDL 1’s profit-sharing agreements for the gas-to-power project to ultimately withdraw the transfer of the project to landowners and the provincial government. .

Prime Minister Marape said this while answering questions from Komo-Magarima MP Maneseh Makiba in Parliament yesterday regarding the Hides gas to power project which originates from Hides PDL 1 and supplies electricity to the gold mine of Porgera in the province of Enga.

Mr. Makiba wanted to know if the government was considering acquiring the project from the operator (Oil Search) at a time when Porgera’s new mining agreement continued and having the project handed over to landowners and the provincial government of Hela, as stipulated in Section 9.6 of the PDL 1 License Based Benefit Sharing Agreement (LBBSA).

Under the agreement, the provincial government and the landowners are supposed to own 50-50 of the project.

In response, Prime Minister Marape said the government’s position was clear and it was for the people to derive maximum benefit from their resources.

He said that the clause mentioned by the member (section 9.6) of the LBBSA was the last agreement, whereas there was an original clause in the agreement which stated that after 10 years of operation since 1990, the project should be transferred to the owners but this had not happened until the signing of the PNG LNG agreement.

Prime Minister Marape said he would ask government officials to review it and see if there is any provision under this clause for the project to be handed over to the people.

Prime Minister Marape said that under the current PNG LNG there was also a small provision for the DMO to access additional gas from the current site.

“We are looking to work in a gas power access program from the current gas project to supply the highland provinces and supplement the power supply from the Yonki hydropower station,” the Prime said. Marape Minister.

“But let me assure the landowners and the provincial government that the clause is already there, so it’s just a matter of tying the instruments and working on a transfer under the LBBSA clause.

“It’s exceptional, so we’ll take a look at it and I hope the national government should put a conclusion to that,” Prime Minister Marape said.

Next: PNG PM Marape: Sir Michael was faithful to his wife until the end

Air filtration devices only effective in schools when other COVID-19 measures are in place: PAHO