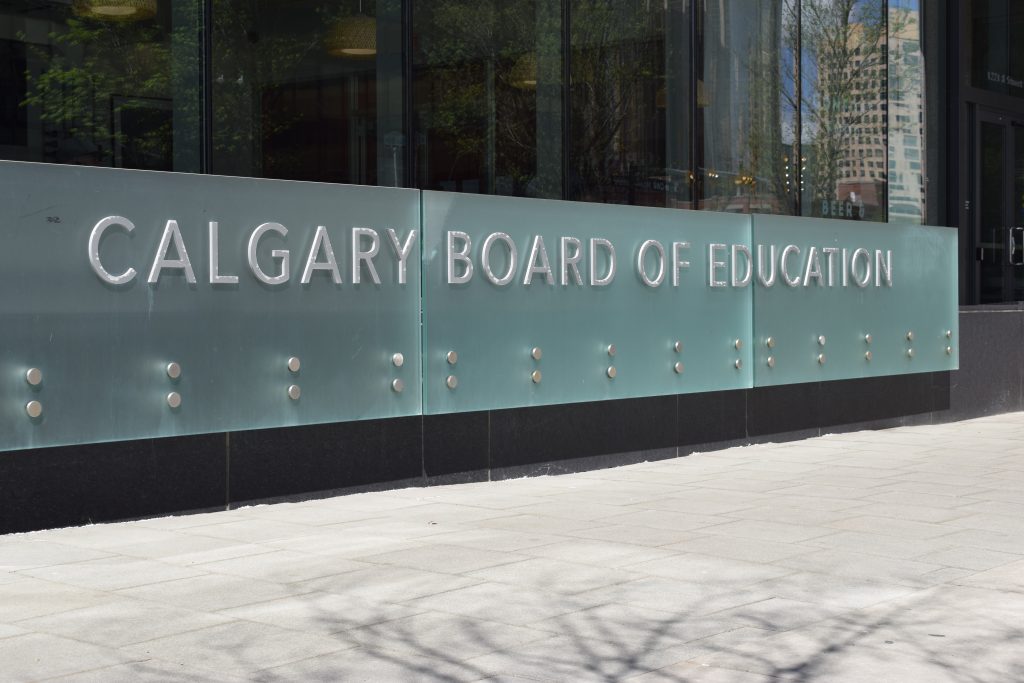 Calgary parents have filed a complaint with the province’s engineering regulator about safe ventilation in Calgary School Board schools.

The complaint, which was upheld by the Association of Professional Engineers and Geoscientists of Alberta (APEGA), stems from “concerns about the ethical and engineering competency requirements for implementing venting mitigations and filtration for Covid-19 in schools”.

Amanda Hu is one of the complainants. She said the complaint is the culmination of three years of parental concern over the proper ventilation of the classroom during Covid. She has spoken with hundreds of parents who are concerned about this issue, she said.

The problem has been compounded by recently reported dramatic absenteeism rates in the city’s schools.

She said that despite lingering questions about air filtration in Calgary public schools, the CBE maintained that the filters had been upgraded and were mechanically vented.

“It was all very vague,” Hu told LiveWire Calgary on Thursday.

Often during the pandemic, parents have wanted high-efficiency portable particulate (HEPA) filters introduced into classrooms. Many said these requests were denied. HEPA filters can help filter out virus-containing particles. The Public Health Agency of Canada has guidelines.

In an initial response to LiveWire Calgary, the CBE said MERV 13 filters have been added, where possible, in Calgary schools. They also said filters were changed more frequently.

“Additionally, all CBE schools are mechanically ventilated and systems are configured to maximize air exchange,” the CBE wrote in a response.

“Portable air purifiers are generally recommended when there is no mechanical ventilation, i.e. when windows are the only ventilation. As our schools are mechanically ventilated, we did not install these portable devices.

They also said that over the past two school years, schools have been inspected and have fully complied with government regulations.

Hu said those responses are, almost verbatim, what the CBE sent back to them.

She said she acquired documents under Alberta’s Freedom of Information and Protection of Privacy Act that show provincial health authority correspondence with schools.

“In the documentation that I saw from FOI, there were specific documents that were sent to schools by AHS…that state that air purifiers can be used in classrooms, that it is a beneficial measure,” she said.

Hu said the complaint had three signatures, with the fourth being an additional complaint.

Another complainant, parent CBE and authorized P.Eng, Jennifer Haverhals, said the parents were turned away by public counsel.

“As an engineer, when it became clear that COVID was airborne and that engineering processes and tools could be used to assess and help mitigate the risks associated with COVID and other respiratory illnesses, that was really exciting for me, because now I felt like I could actually do something to help protect my family,” said Haverhals.

She added that in August 2021, APEGA made submissions to Alberta ministries on the importance of ventilation and filtration in places like classrooms.

APEGA upheld the complaint on Friday morning. They said all complaints are subject to review. They also confirmed that the Calgary School Board’s Architectural and Engineering Services are APEGA licensed.

(Here is the background to their review process.)

“If a disciplinary decision is made based on the review of the complaint, we will post it on our website,” wrote Gisela Hippolt-Squair, director of member engagement and communications.

More questions for the ECB

The press release sent by the parents’ group indicates that the CBE does not make student and staff absenteeism rates readily available.

This week, the CBE began publishing absenteeism rates for all of its schools. They emailed parents with an update on school illnesses.

LWC asked them several more questions on Thursday afternoon. These issues were acknowledged on Friday morning. A subsequent response on Friday said key staff were unavailable and to follow up next week.

The questions we asked related to the measures in progress or available in the schools.

LWC will update the story when an answer to these questions is received.

Earlier this year there were calls to include HEPA filters in classrooms. In some cases, such as Edmonton, HEPA filters have been funded. Some Calgary schools also self-funded the filters, but they were later removed, according to a Calgary Herald article.

Hu said the hope with the complaint is that action will be taken. She said students, staff and families are being told that because schools are meeting the standards, they are safe from potential infection.

“We hope there would be action sooner if the administration was aware that these standards were not being met,” Hu said.

A schedule for the APEGA review was not initially available.

NOTICE | More than 600 million Africans have no electricity. Are renewable energies the answer?