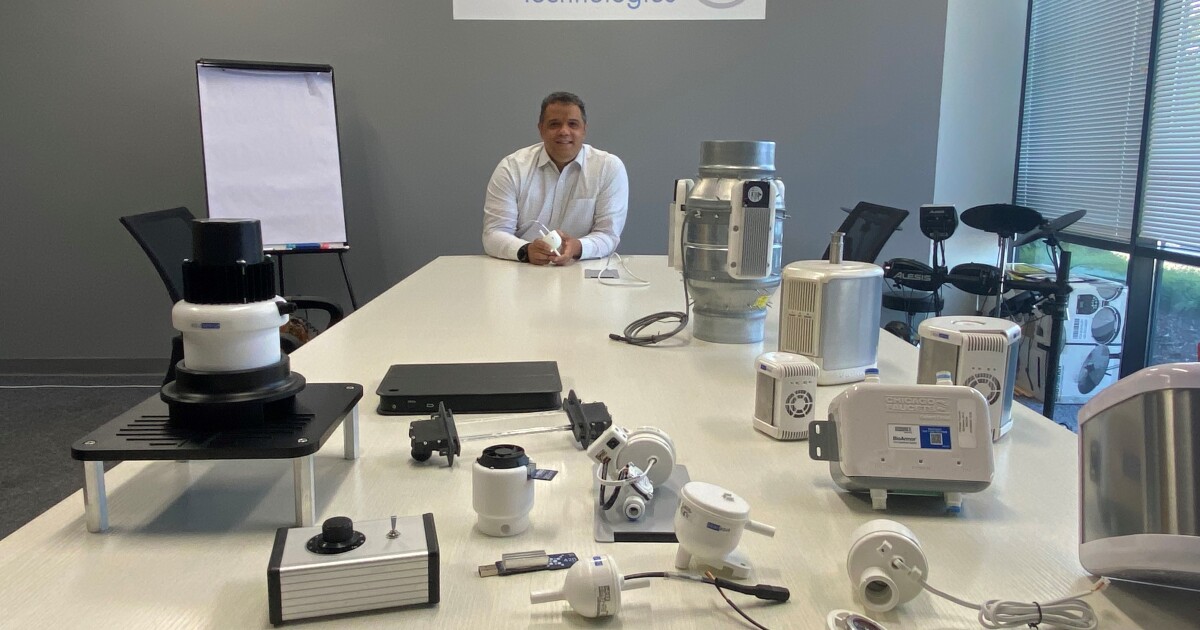 NKY Company Makes a Splash with Water Filtration Systems for Mars, Eco-Jets, Big Cities and You

Making sure the water is drinkable, bathing or swimming is like using chemicals or ultraviolet rays.

But a local company is using LEDs as a UV light source, which its CEO says is cheaper, faster and uses less energy.

And now the International Space Station, future Mars missions, Boeing’s 787 Eco Demonstrator, and the city of Las Vegas all have something in common. They have or will have a water filtration part designed by AquiSense Technologies.

The Erlanger company started seven years ago in Oliver Lawal’s basement. Before that, he had decades of experience with UV technology. But not with LEDs like he uses them now; it was with the old mercury vapor lamps.

“It’s kind of like Tesla is to cars in that we use semiconductors instead of traditional lights that are more like a tube TV,” he explains of LEDs. “We are more like a flat-screen TV or an electric car.

“LEDs are really small,” he continues. “They look like a millimeter square. And then we insert them into a circuit board and we can put in multiples for large arrays.”

We walk into AquiSense’s manufacturing space, which is just behind the company’s Erlanger offices, and immediately see workers in a clean room assembling components.

“Most of our products are integrated with other equipment,” Lawal points out, including Mitsubishi’s water filtration systems that go into Japanese baths and showers, as residents reuse water after it’s been used. been “cleaned up”.

UV technology disrupts DNA so that contaminants cannot replicate and are then inactive. Lawal explained that if he swallowed water with 100 E. coli insects, they would grow to 1,000 and then to a million, which would make him sick. If you inactivate E. coli with chemicals, it would dissolve them, but that’s not ideal for long-term use in our bodies. With UV the bugs can’t do any damage, no chemicals are needed.

“It sounds really technical, but it’s really a natural process that planet Earth has been dealing with pathogens for billions of years,” Lawal says.

Even with the high-tech uses of LED disinfection on the International Space Station and possibly Mars, Lawal says most people are familiar with the water cooler AquiSense makes to refill your bottle at the gym, school and at airports.