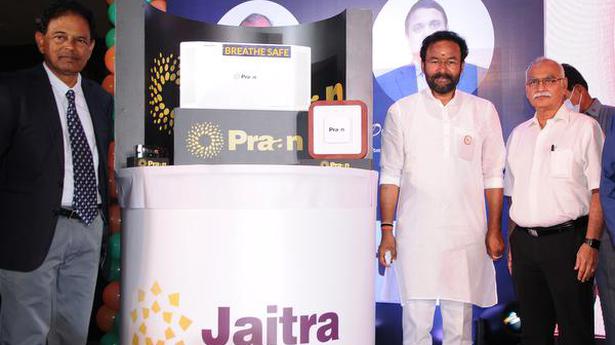 Launch of the air disinfection and purification device

An air disinfection and purification device called â€œBipolar Disinfectant and Air Purifierâ€, manufactured by Hyderabad-based Jaitra Devices and Systems LLP, has been launched by the Union Minister of Tourism and Culture Kishan Reddy at an event in the city on Sunday.

Scientists from Jaitra Devices said that besides them, another overseas company is using bipolar ionization technology to kill pathogens.

Company founder and technical director N. Ramachandra Moorthy said that three products including wall unit, roof and HVAC system can be used in hospitals, schools, shopping malls, ambulances, trains , buses and gyms. Prices range from 9,000 to 31,500, depending on the type of product.

The Union Minister spoke at length about the potential to manufacture various products in India and to stop depending on other countries.