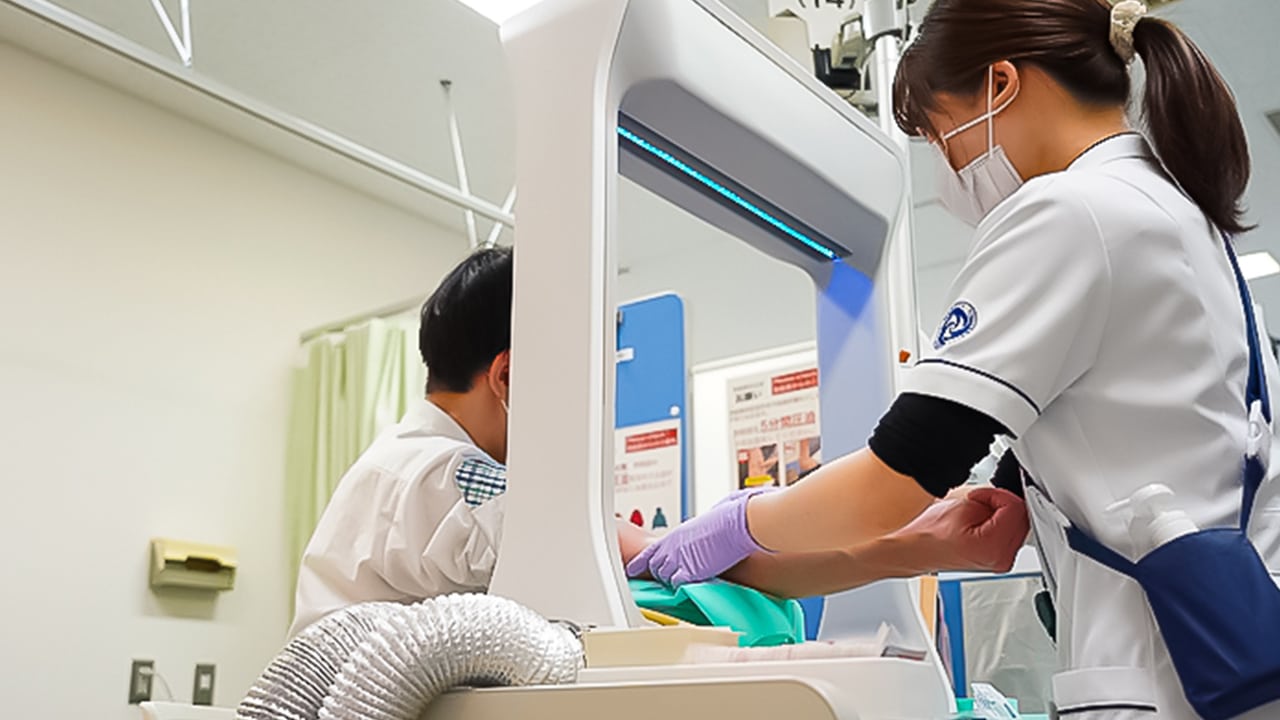 Since the beginning of the pandemic, we have seen how dividers and security divisions have been put in place in all kinds of places, apart from the obligation to wear masks, to guarantee safety in situations where a close contact between people is necessary. However, despite their effectiveness, these measures have significant drawbacks that make their use in healthcare settings impractical in many cases.

A team of researchers, combining medical and technical technologies Nagoya University developed a desk-sized air curtain device equipped with LEDs to irradiate the virus with ultraviolet light, allowing people to safely interact in the nearby environment.

“Although acrylic sheets have been widely used as spacers, our air curtains not only block, but also inactivate viruses. This device makes this type of screen obsolete, and we hope that its use will become widespread, ” Professor Tomomi Uchiyama, one of the study’s authors, explains.

new technology, whose results have been published in AIP Advances, Combines two methods of fighting the virus. First, an air curtain blocks air even when you pass your hand over it. Second, ultraviolet radiation destroys the outer envelope of virus particles. Tests conducted in his laboratory showed that this combination of technologies inactivated 99.9% of COVID-19 particles.

To test the technology, researchers They simulated a typical medical action, such as a blood test, where doctor and patient must necessarily be very close.They tested the device by blowing aerosol air on it, such as the number of viruses that spread. They then tested whether a patient could pass their hand through the air curtain without interrupting airflow or making the device less secure. They found that the effectiveness of the air curtain was maintained under both conditions.

The new device also solves the problem of air curtains which require replacement of filters and regular maintenance to eliminate the accumulation of dust and dirt. VSSince the device uses an LED light instead of a filter, it is low maintenance. The researchers found that it could be used continuously until the LED stopped working, which is over 10,000 hours of continuous use. In addition, it is quiet, which will allow it to be used in commercial environments such as restaurants, offices and reception areas, where the noise from the air filter will be a distraction.