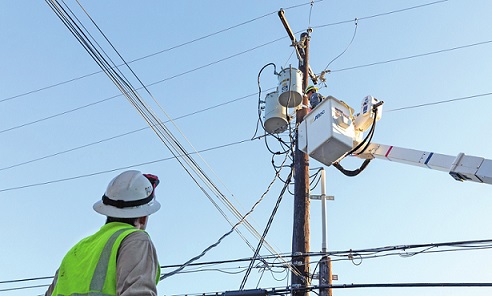 The Akosombo Dam, which served as the country’s power base for six decades, has faced falling water levels due to climate vulnerability.

Dr. Seth K. Debrah, Director of the Nuclear Energy Institute of the Ghana Atomic Energy Commission (NPI-GAEC), who expressed concern over the country’s energy sustainability, said Ghana “will have problems” if it does not adopt a green solution for the production of electricity.

In a presentation at a workshop for selected media professionals and editors at Peduase in the Eastern Region on Wednesday, Professor Debrah said nuclear power “is the next green baseload solution of Ghana”.

“Each plant has a lifespan. The Akosombo dam is 60 years old and the water level keeps dropping due to climate vulnerability.

“We are losing the climate battle and if we don’t consider zero emissions technology we will be in trouble,” he said.

“We are all asking for a district, a factory, but what energy and at what price do you use for the factories? He called on and rallied citizens to support the country’s efforts to go nuclear.

Organized by Nuclear Power Ghana (NPG), the three-day workshop for editors and journalists from the Ghana Mews Agency and selected editors from other media, was part of efforts to promote and sustain the participation of media by sharing knowledge and expanding information. focused on Ghana’s efforts to include nuclear energy as the country’s green energy solution.

Energy experts have warned that beyond 2025, the Akosombo and Kpong hydropower plants, which currently serve 32% as the country’s base load provider, would have dropped significantly to around 25%.

Ghana has therefore stepped up its efforts to add nuclear power to its energy mix – and the plan is to build and operate the country’s first nuclear power plant by 2030.

Ghana is also a signatory to the Paris Agreement on climate change, which obliges member countries to transition to a low-carbon economy and prevent average global temperatures from rising above two degrees Celsius.

Professor Debrah said that the creation of a nuclear power station, in addition to providing reliable and affordable energy, would also provide enormous economic opportunities.

He said the provision of technical services and training activities would also build local expertise in the field.

“It’s an industry that you can get into and change your economy…you can have almost 4,000 people there at once and other direct and indirect business opportunities,” Professor Debrah said.

Dr. Stephen Yamoah, Executive Director of NPG, said the selection of the preferred site for Ghana’s first nuclear power plant would be concluded by the end of the year.
Nana Ransford Tetteh, Chair of the GNA Board of Directors, commended NPG for working with GNA and urged attendees to engage citizens on nuclear energy prospects.