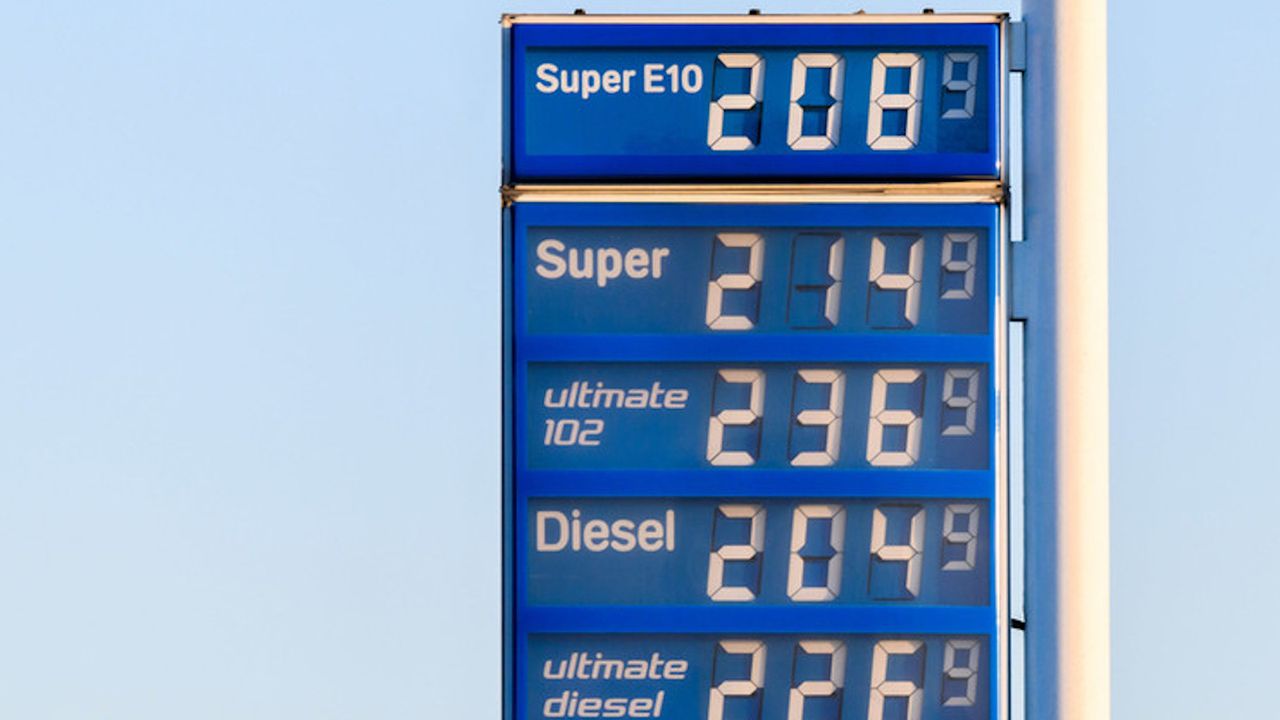 A tsunami of price hikes is rushing towards working-class households, spelling ruin for many. After the price of natural gas, which many families use to heat their homes, the price of electricity is now also exploding. This weekend, the rebate on petrol and diesel expires and average producer prices have increased by 37% in one year, which will inevitably have an impact on consumer prices.

Experts predict that the official inflation rate at the end of the year will be 10%, several times higher than the wage agreements agreed by the unions. Thus, the “traffic light” coalition of Social Democrats (SPD), Liberal Democrats (FDP) and Greens forces workers to bear the costs of the war in Ukraine, which it intends to continue (in the terms of Ukrainian President Zelensky) until complete “victory” over Russia.

Meanwhile, energy companies are celebrating a windfall of profits. Previously unimaginable record prices on the energy exchanges bring them billions of speculative profits. On the European Energy Exchange (EEX) in Leipzig, the price per megawatt hour of electricity rose to over €550 last week. That’s a good 2,000% more than a year ago. At that time, the price fluctuated between €20 and €80 per megawatt hour (MWh). In France, more than €1,000 per megawatt-hour has even been offered on the futures market.

High speculative profits are also being made on natural gas, which has become extremely scarce due to sanctions imposed on Russia and the non-operation of the Nord Stream 2 gas pipeline. European futures contracts hit a record high of 292.50 € per MWh on Monday. Average gas prices in the European Union have thus doubled in just one month and are 14 times higher than the average value of the last 10 years.

So far, 12 companies have filed gas royalty claims, totaling 34 billion euros. This is more than the sum of the two “relief packages” adopted by the German government this year to ease the burden of inflation.

Among them are groups that operate both as intermediaries and energy providers and post high profits. OMV, for example, made a profit of €5.6 billion and Gunvor €2 billion in the first half of 2022. Both asked for gas surcharge money. Uniper, which is the biggest importer of Russian gas to date and which claims about two-thirds of the gas tax, was separated in 2016 from the energy group E.ON, which had made a profit of 5.3 billion euros last year.

The German government explicitly supports the enrichment of energy companies. Asked why profitable companies could also pocket the gas tax, Susanne Ungrad, spokeswoman for Economy Minister Robert Habeck, replied at a press conference on Tuesday: “Our position is that a business must also make a profit”.

A windfall tax, which would take at least some of the abysmal profits, is strictly rejected by the traffic light coalition. With the gas surcharge, it is doing the opposite: funding billions in corporate profits with the money it takes from working-class households via utility bills.

What the explosion in energy prices means for households can currently only be estimated.

Households that heat and cook with gas will face triple-digit price increases due to the gas surcharge of 2.4 cents per kilowatt hour, despite the later announced reduction in Value Added (Sales) Tax. From October, two other levies will also come into force: 0.57 cents per kilowatt hour for so-called balancing energy costs and 0.06 cents for filling gas storage facilities before winter, which means an additional annual charge of more than €100 for an average household. .

The biggest increase in costs, however, comes from the rise in the price of gas itself, which experts say has by no means peaked. According to the Federal Statistical Office, power stations paid 235%, industrial consumers 195% and retailers 187% more for natural gas in July than a year earlier. It is only a matter of time before these increases are fully passed on to private households. For new customers, this is already partially the case.

Electricity price increases are equally dramatic. Consumer comparison website Verivox assumes the average price for the coming year will be above 45 cents per kilowatt hour. That would be about 50% more than the past three years, when the average price ranged between 30 and 32 cents.

Some energy suppliers have already raised their prices. For example, EnBW customers will have to pay 31.1% more for household electricity as part of the base tariff from October. Verivox recorded 123 price increases from core providers for August, September and October, with an average increase of 25%. For a three-person household with a consumption of 4,000 kilowatt hours, this represents an annual additional cost of €311 on average. Check24, another comparison site, reports a price increase of 47.4%.

Here too, the peak is far from being reached. In addition to the high price of natural gas, which is used to produce around 13% of German electricity, other factors contribute to the rise in electricity prices. The extreme drought led to the failure of hydroelectric power stations and cooling systems. Coal and oil for power plants can no longer be transported over rivers due to low water levels. In France, which derives 70% of its electricity from nuclear energy, 29 of the 56 nuclear reactors are currently inactive because they cannot be properly cooled or require urgent maintenance. The country, which also exports electricity, is currently importing larger quantities of gas-generated electricity from Germany.

Electricity supply is also particularly susceptible to crises because it cannot be stored in large quantities and even minor voltage fluctuations can cause computer networks and internet applications to fail or even power grids to collapse. System operators are therefore urgently dependent on purchasing the quantities required as the need arises to meet demand, which makes power exchanges all the more susceptible to speculation. The current crisis highlights how absurd it is that a fundamental social necessity such as the supply of electricity should be subject to private interests and at the mercy of speculators.

Rising energy prices are just the tip of the inflation iceberg. According to the Federal Statistical Office, overall producer prices in July were 37.2% higher than a year earlier. Although energy prices contributed the most, with an average increase of 105%, producer prices for consumer goods also rose strongly by 16.2%. Foodstuffs were up to 21.1% more expensive than a year earlier: butter 75.2%, milk 32%, coffee 31.6% and meat 23.5%.

Petrol prices will also rise above €2 a liter in September when the fuel rebate, the three-month energy tax cut, expires. The €9 ticket, allowing travel throughout Germany on local and regional trains, also ends this month. For workers dependent on their car or public transport, this means yet another painful burden.

The price explosion is a direct consequence of NATO’s proxy war against Russia in Ukraine. Although Germany’s energy supply was heavily dependent on Russian gas supplies, for which no substitute was available for the foreseeable future, the German government decided to isolate Russia economically and not to put in service the Nord Stream 2 gas pipeline completed.

The war in Ukraine was not triggered by President Putin’s decision to attack the country militarily, however reactionary and short-sighted. The United States, Germany and other Western powers had systematically prepared and provoked it since 2014, when they brought a pro-NATO regime to power in kyiv in a right-wing coup and massively rearmed the country. Now they are sabotaging any approach to a negotiated settlement, supplying billions in weapons and directing the war from the background.

Their stated goal is not to let go until Russia is defeated and they can subjugate, divide and plunder the resource-rich giant country, even at the risk of a nuclear world war. German ruling circles are using the war to carry out their long-standing rearmament plans and to triple military spending.

As in any imperialist war, it is the working class that bears the cost, with its standard of living, its democratic rights and its life. This must not happen. Only an independent movement of the international working class can prevent this, combining the struggle against the destruction of living standards, against wage, job and social cuts with the struggle against war and with a socialist offensive to overthrow capitalism. .