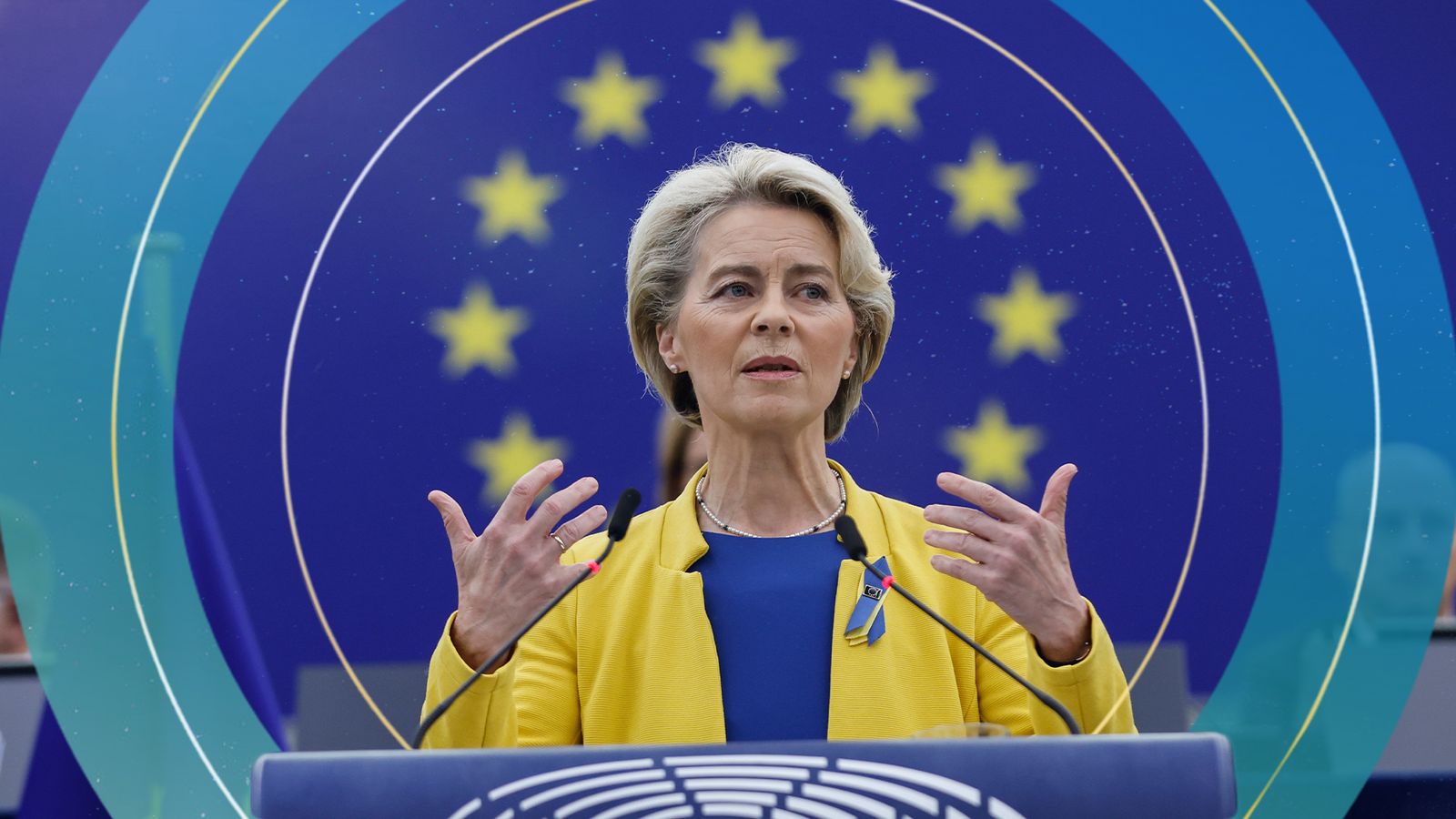 European Union countries will be forced to cut electricity consumption by 5% during peak hours under proposals to avert a looming winter energy crisis.

The draft EU plan seen by Politico and Reuters – which also includes windfall taxes on energy companies – is designed to temper soaring energy costs that are also fueling inflation and ensure member states have enough fuel to get through the colder months.

The 27-nation group has accused Moscow of using gas as a weapon by cutting supplies in response to sanctions the bloc – along with its allies – imposed at the start of the war in Ukraine.

“Never before has this Parliament debated the state of our Union as war raged on European soil,” European Commission President Ursula von der Leyen said on Wednesday.

EU countries have already agreed to cut their gas consumption by 15%, and gas storage is now 84% full, exceeding the EU’s filling target before winter.

But analysts say Europe will have to further reduce its gas consumption during the winter to prevent storage facilities from running out.

Among the package of measures aimed at mitigating the impact of soaring inflation is a one-off levy to recoup what the European Commission has described as “windfall profits” from Europe’s non-gas-fired power stations, linked to the surge in oil and gas prices fueled by the reduction in Provisions.

It is “wrong to receive extraordinary record revenues and profits benefiting from war and on the backs of our consumers”, she added.

“Benefits should be shared and channeled to those who need it most.”

He said there was ‘little mention of the importance of demand-side measures’ in Prime Minister Liz Truss’ speech last week, which promised an emergency bailout of more than £100bn to households to help them pay their energy bills. Ms. Truss opposes a new windfall tax on energy producers.

Brussels said its one-off tax plans would raise 140 billion euros from the profits of energy companies to cushion the blow from record energy prices this winter. The money is likely to attract “significant support” for policy from member states, Mr Froggatt told Sky News.

Oil, gas, coal and refining companies would be required to pay a “solidarity contribution” of 33% of their taxable excess profits from the 2022 financial year, according to Reuters.

Wind and solar farms and nuclear power stations would face a cap of 180 euros (£156) per megawatt hour (MWh) on the revenue they receive for power generation, with governments recovering any excess cash and recycling it to support consumers.

The plan could still change before publication as governments work out the details, possibly approving them at a meeting of energy ministers on September 30.

Speaking at the end of the hottest summer in the continent’s history, Ms von der Leyen highlighted how ‘the climate crisis is taking a heavy toll on our bills’ with heat waves increasing demand for electricity and closure of hydroelectric and nuclear power plants.

Although she made no major announcements on climate policy, the EC President pledged €3bn (£2.6bn) for a new European hydrogen bank to help “[build] the future hydrogen market”.

She called for better adaptation in the face of increasing droughts and fires, promising to double firefighting capacity over the next year.