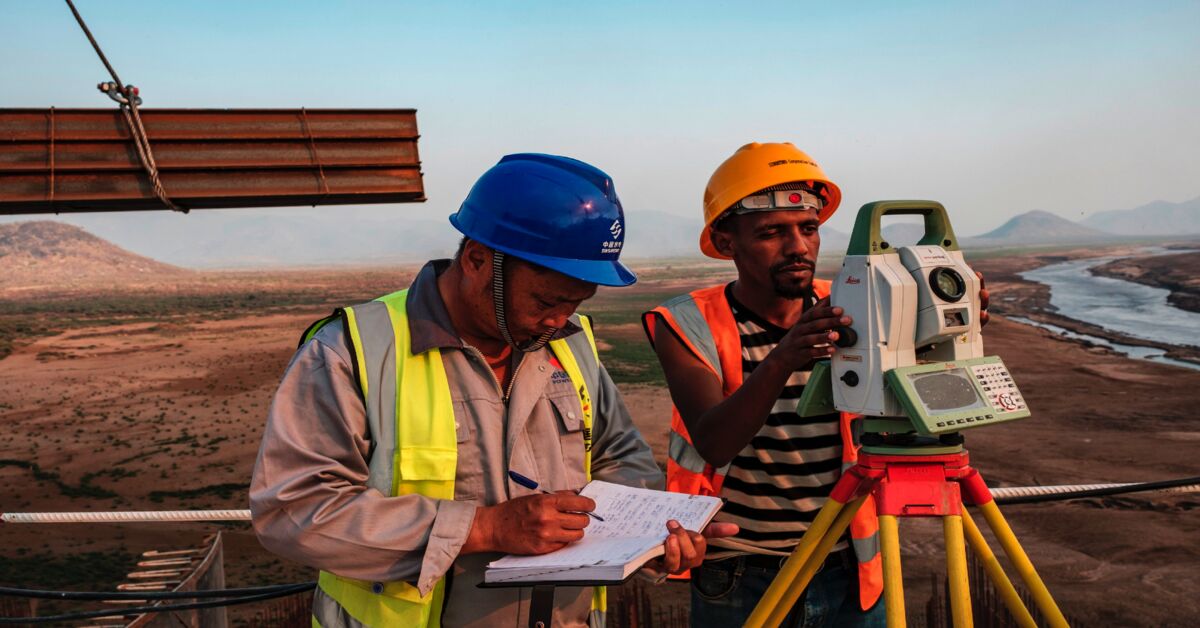 Ethiopia to generate electricity from GERD as negotiations stall

Ethiopia is preparing for the first time to generate electricity from the giant Grand Ethiopian Renaissance (GERD) hydroelectric dam that Addis Ababa is building on the Blue Nile (one of the two main tributaries of the Nile) in a move likely to ” increase existing tensions with Egypt and Sudan.

Ethiopian press reports have indicated that Addis Ababa is now ready to begin testing power generation from the dam.

Ethiopia, which has completed construction of more than 80% of the controversial dam, seeks to produce 700 MW by running the first two turbines, thus covering 20% â€‹â€‹of its own needs, government officials said.

Meanwhile, Prime Minister Abiy Ahmed called an expanded Cabinet meeting on January 5 at the dam construction site in the Benishangul region, located 900 kilometers northwest of the capital, Addis Ababa, to follow up on the implementation. implementing his plan for the first 100 days after his re-election as Prime Minister in July 2021. Ahmed too inspected construction work on the dam where work began 11 years ago.

Ethiopia has repeatedly failed to start generating electricity from GERD. Addis Ababa officials had hoped that electricity would be produced from the dam by October 2021, but that was not achieved either. Ethiopia’s power generation capacity currently stands at 4,967 MW.

Egypt, Sudan and Ethiopia are locked in a bitter ten-year dispute over GERD amid repeated unsuccessful attempts by the African Union since June 2020 to negotiate a deal to end the deadlock in the negotiations . The latest attempt took place in Kinshasa, the capital of the Democratic Republic of the Congo, in April 2021. It failed to reach an agreement on relaunching negotiations and prompted the parties to exchange accusations of obstructing talks. .

On July 19, 2021, Ethiopia announced the completion of the second filling of the dam reservoir, which would be sufficient to generate hydropower, despite the rejection of the unilateral decision by Egypt and Sudan.

This Ethiopian decision came months after a diplomatic escalation that resulted in Egyptian threats take military action against the dam in case Addis Ababa commits to this process.

Despite the recent decline in indications that Egypt is taking military action against the dam, diplomatic statements exchanged between the two countries still indicate that conflict can erupt at any time, with repercussions likely to affect an already unstable region.

He added that although power generation requires the passage of 3 billion cubic meters of water stored last year that will end up in Egypt and Sudan, “This remains a step through which Ethiopia is trying to ‘impose the fait accompli “.

Sharaki said that convening an Ethiopian Cabinet meeting at the dam site sends two messages, the first to the Ethiopians that the government is determined to complete the project as soon as possible, and the other to Egypt and the Sudan whereby â€œthe Ethiopian government is determined to move forward despite the failure of an agreement with downstream countries on the filling and operation of the dam.

While Ethiopia says the $ 5 billion dam, Africa’s largest, is of paramount importance to its economic development and energy production, Egypt sees it as a serious threat to its countries. Nile water supplies, as it depends almost entirely on them to meet its needs. fresh water.

A recent Egyptian government report expects that the filling and operation of the dam on the basis of the Ethiopian plans without reaching an agreement will negatively affect the production of hydroelectric power generated by the high dam. Hydroelectric power accounts for about 6% of electricity production in Egypt, most of which comes from the High Dam.

Egyptian Minister of Water Resources and Irrigation Mohamed Abdel-Ati also warned in November that any water shortage in Egypt would affect workers in the agricultural sector, causing security and social instability in the region while increasing illegal immigration.

For its part, Sudan, which believes that the dam regulates the waters of the Blue Nile and generates electricity from which it could benefit, is seeking guarantees as to its safe and appropriate operation in order to preserve its dams – including the Roseires dam. , the largest Sudanese dam to dike.

Egyptian President Abdel Fattah al-Sisi said in November that his country was eager to reach a legal, binding and fair agreement on GERD with Ethiopia “far from any unilateral approach that seeks to impose a fait accompli”, on the basis of the rules of international law and the conclusions of the UN Security Council.

In mid-September, the Security Council issued a presidential statement calling on the three countries to resume negotiations in a constructive and cooperative manner under the auspices of the African Union “to rapidly finalize the text of a binding and mutually acceptable agreement. on the filling and operation of the dam.

Since then, the Democratic Republic of the Congo, which currently chairs the African Union, has sought in vain to urge the three countries to resume negotiations. The possibility of resuming negotiations was further complicated by the unrest in Sudan and Ethiopia’s preoccupation with its civil war with the rebels in Tigray.

But federal government forces recently made progress in their 14-month war against rebels from the Popular Front for the Liberation of Tigray after taking control of strategic areas including Amhara and Afar, hence the rebels. suddenly have withdrawn in december; this can promote a ceasefire and the opening of negotiations between the two parties.

The United States is pushing for the resumption of negotiations between the three countries to reach an agreement before the third filling of the dam reservoir scheduled for next June. Washington believes that the Tigray War has negatively affected the negotiations, but hopes that the end of the war will help revive the tripartite negotiations.

On the contrary, former US Ambassador to Ethiopia David Shinn believes that Ahmed’s settlement of his war with the Tigrayans is not in Egypt’s interest.

Shinn told Al-Monitor that it was in Egypt’s best interests for Ethiopia’s central government to remain in disarray. “Any restoration of control by Abiy Ahmed will strengthen the hand of the Ethiopian government and its ability to stand up to Egypt,” Shinn added.

“The lingering political uncertainty in Sudan also strengthens the hand of Abiy Ahmed (in the dam dispute), as Sudan had aligned itself with Egypt on the GERD issue and is now mainly occupied with political issues. internal, â€he said.

While Sharaki believes that resuming negotiations on the dam crisis would be difficult at this time given the deteriorating political situation in Sudan, he expects David Satterfield, the new United States’ special envoy. United for the Horn of Africa, succeeding Jeffrey Feltman, will lead a tour that includes the three countries and can help break the current stalemate in the negotiations.