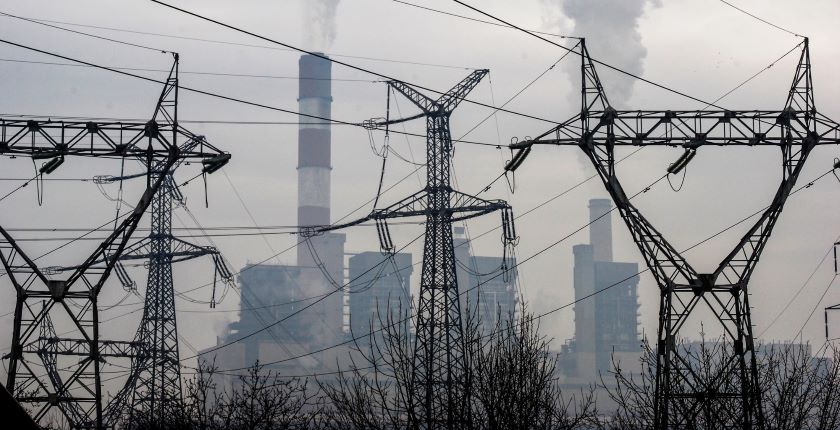 EPS struggles to put coal-fired power plants back into service

It has been an open secret for years that Elektroprivreda Srbije (EPS) has not been developing its coal pits fast enough. Recent rains and the first heavy snow of the season have soaked the lignite, which already contains a high share of mud, clay and sand, clogging the TENT thermal complex in Obrenovac, in the territory of Belgrade.

In terms of volume, peak imports have been above 2 GW at times over the past few days. The active capacity of the coal-fired plant collapsed to just over 900 MW at the start of December 14, from an ordinary level of nearly 3 GW.

The crisis came to a head when the wind stopped and a blackout occurred at the Kostolac coal-fired power station. Hydroelectric power stations bore most of the burden on the national production front.

During yesterday’s dramatic appearance at a joint session of the Serbian government with representatives of state-owned enterprises and other institutions, President Aleksandar VuÄiÄ‡ told interim EPS director Milorad GrÄiÄ‡ that ‘he was personally responsible for the “total collapse”.

“I should hang myself on this biggest chandelier” in the room for listening to “environmentalists, fake experts and all kinds of outsiders,” VuÄiÄ‡ stressed and said he was responsible for not starting construction of the Kostolac B3 unit earlier and abandoning the Kolubara. Coal-fired power plant project B. This is not the first time that the president has expressed his skepticism about the process of phasing out coal, which is accelerating across Europe.

Mines and Energy Minister Zorana MihajloviÄ‡ said this morning that 30% of the company’s production capacity was still depleted and 126,000 consumers were without electricity on December 12.

The municipality of Obrenovac and the town itself were mostly without electricity, central heating and water. Elsewhere in Serbia, power outages were recorded mainly in rural areas. People there are complaining that the distribution network, run by the government-controlled Elektrodistribucija Srbije (EDS), has been neglected for many years and is getting worse. This raises questions as to who is responsible for their marginalization.

Minister MihajloviÄ‡, who is also Deputy Prime Minister, said that EDS, the manager of Serbia’s distribution system, requires major investments over several years and maintenance has long been insufficient. The company was separated from EPS a year ago.

Serbia has paid more than 10 million euros in electricity imports per day since the blackout. VuÄiÄ‡ acknowledged that the financial impact would be severe.

Renewable energies are the best bet for Serbia’s energy future

Professor Nikola RajakoviÄ‡ from the School of Electrical Engineering at the University of Belgrade told Balkan Green Energy News that aside from low-quality lignite, there is not much that can be done with the oldest coal-fired power plants. , because some are half a century old.

â€œSerbia will have to close them gradually, but not before having put in place the capacities to replace them. Scientists and experts are aware of the challenges of intermittency in the case of solar and wind dependence, but they are increasingly leaning towards such a change as new storage and flexibility solutions become available. become available, “RajakoviÄ‡ stressed and felt that a breakthrough” is within reach. “

Emerging storage and flexibility solutions, demand response and sector coupling could enable a full switch to renewable energies, according to Professor Nikola RajakoviÄ‡

Stability with renewable energies can be significantly improved with sector coupling, for example by transforming excess wind and solar energy into heat and hydrogen for other uses, stressed the professor. RajakoviÄ‡ highlighted demand response as another important factor – a decrease in supply can be offset by a coordinated reduction in demand among consumers.

Gas is “a perfect bridging solution” as Serbia should only turn to nuclear power if the problems related to renewables cannot be overcome, he said. On the other hand, the country has no experience with the technology, and small modular nuclear power plants are still not sufficiently tested, according to RajakoviÄ‡.

It should be noted that Kosovo * has just suffered another in a series of blackouts at its coal-fired power plants in recent weeks, and a unit at the REK Bitola coal complex in North Macedonia was shut down a month ago in August. in the middle of a big fire in a substation there. .


Views of the publication:
26