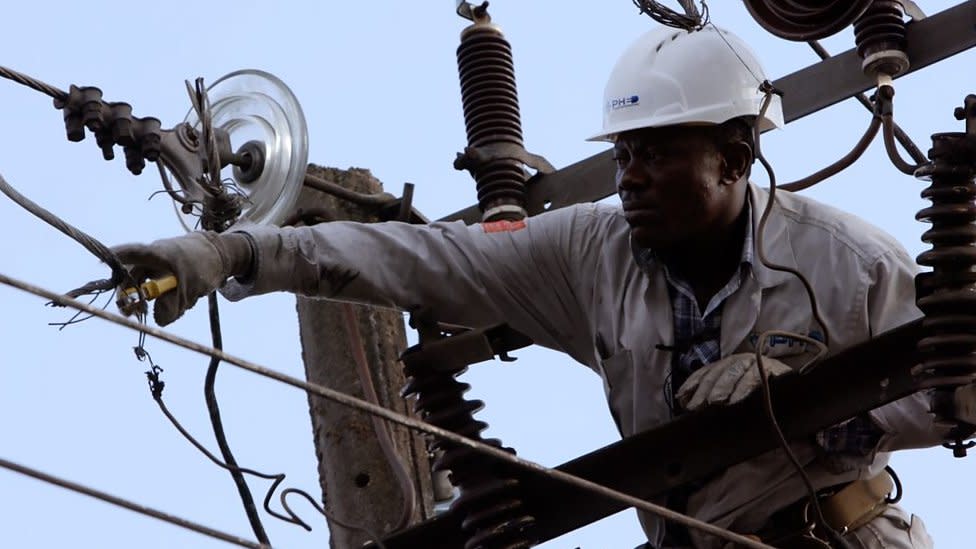 Many Nigerians have again been left without state-supplied electricity for hours, three weeks after the president apologized for the latest nationwide blackout.

A system outage on the national grid around 6:30 p.m. local time (1730 GMT) on Friday evening was to blame, distribution companies said.

They assured customers that work was underway to restore power.

Local media report that this is the fifth such collapse this year.

The BBC’s Ishaq Khalid in Abuja says Nigeria produces too little electricity to power its population of 200 million, typically hovering around 4,000 megawatts a day.

Last month, Nigerian President Muhammadu Buhari said he deeply regretted the inconvenience caused to people in the country by the simultaneous fuel shortages and the collapse of the national power grid.

At the time, he added that the government had worked “unremittingly” to resolve problems at thermal power stations, which had coincided with a “drop in hydroelectric production due to seasonal pressures”.