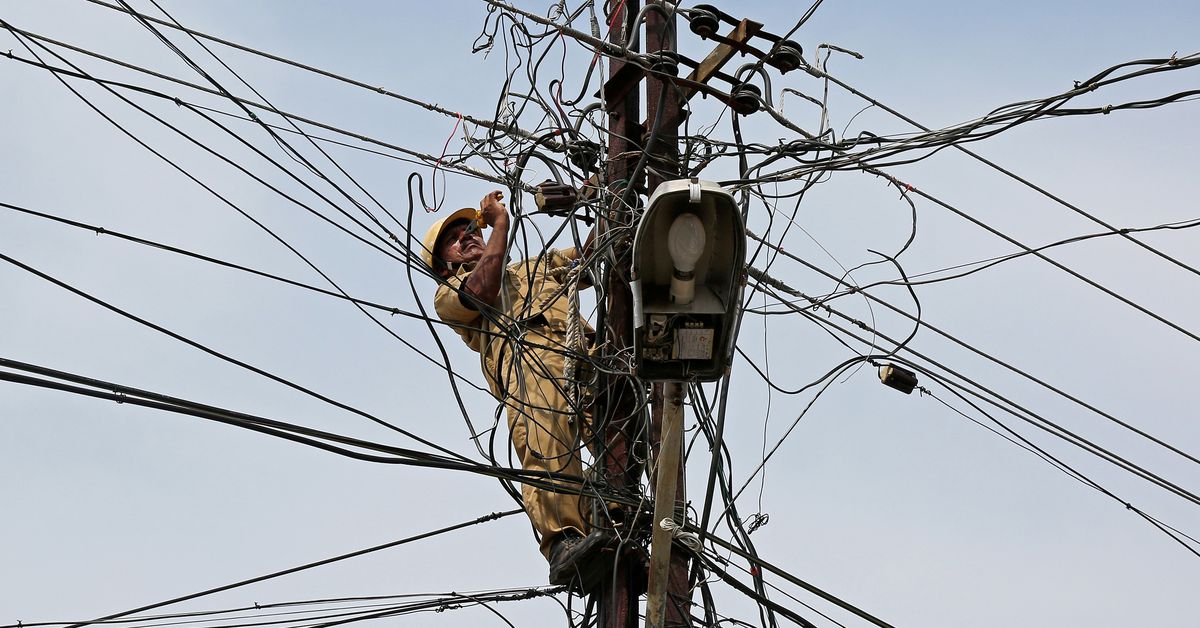 LONDON, June 27 (Reuters) – India’s power shortages have eased over the past six weeks as renewable generation has increased seasonally and relieved some of the pressure on starving coal units. fuel.

Sign of reduced stress on the network, the frequency averaged 50.00 cycles per second (hertz) in May, exactly in line with the operational objective, against only 49.93 Hz in April.

The frequency fell below the minimum threshold of 49.90Hz only 9.8% of the time in May compared to 32.0% of the time in April, according to data from the Power System Operation Corporation of India (POSOCO).

A frequency below target and falling is a sign that consumption is exceeding production, causing the rotary generators to lose speed, while a frequency above target and rising signals the opposite. (https://tmsnrt.rs/3QJGk22)

Grid stability has improved even though it delivered a record 136 billion kilowatt-hours (kWh) in May, compared to 133 billion kWh in April and 110 billion kWh in the same month a year earlier.

Renewables supplied 23% of system-wide electricity demand in May, compared to 18% in March and April. (“Monthly Operational Performance Report”, POSOCO, June 24)

As a result, coal, gas and nuclear generators were called on to supply 3 to 4 billion kWh less in May compared to March and April.

Coal stocks held in power plants increased slightly to 9 days of production from 8 days at the end of April, but still well below the 15 days of June 2021.

The arrival of the monsoon season should ease the pressure further over the next two months by further boosting hydro and wind production in July and August, allowing fuel stocks to be replenished.

But low coal stocks compared to previous years mean power shortages are likely to reappear in September-October, when the monsoon recedes and renewable energy generation declines, and again in March-April 2023.

India needs to build coal stocks much faster and develop more production to meet demand and reduce power outages before and after the monsoon, or widespread blackouts will recur.

– India’s coal stocks under pressure due to rail bottlenecks (Reuters, May 12) read more

John Kemp is a market analyst at Reuters. Opinions expressed are his own.

The opinions expressed are those of the author. They do not reflect the views of Reuters News, which is committed to integrity, independence and freedom from bias by principles of trust.