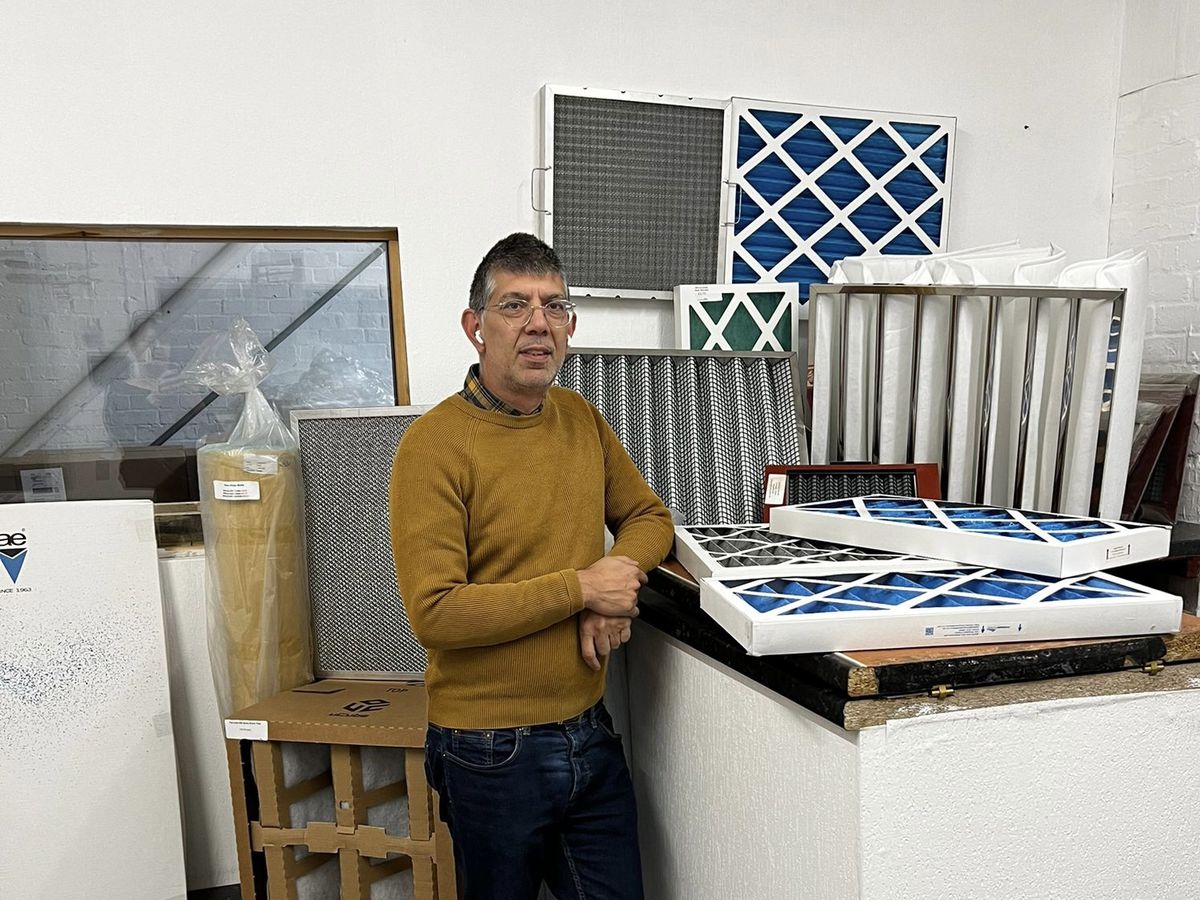 GT2 coalescing filters are used by the offshore and onshore gas industry in air intake systems. They are essential to prevent damage to turbines by removing particles and debris, but existing models have been sent to landfill at end of life.

Wolverhampton-based Airguard Filters committed hundreds of thousands of pounds in R&D expenditure to create a new design that could be easily separated into its constituent components, allowing them to be recycled.

Airguard ships its filters worldwide, with many arriving in West Africa, where some of the world’s largest power generation companies have a strong offshore presence.

Its new modular design has other advantages. The company can ship components rather than the finished product, allowing Airguard to pack 10 times more filters in a single shipping container. This reduces the product’s carbon footprint and means that certain components – including metalwork and plastic profiles – can be reused to make new filters, avoiding the need to recycle parts after each use.

The modular design also creates jobs in destination countries, where they are assembled upon arrival.

Airguard Filters have a long standing reputation for innovation and have brought in £80,848 over the past four years for this and other innovations.

Since its inception in 1985, the company has worked with many multinational companies, such as GE, Siemens and West Midlands Metro, supplying filters for a variety of applications from North Sea oil and gas, railroads iron as well as manufacturing and engineering industries.

Airguard is also developing a unique cardboard filter that is more effective at cleaning air pumped from extractors or destined for heating and ventilation systems.

R&D tax relief was introduced by the government in 2000 to encourage innovation and results in either a reduction in the corporation tax bill of a limited liability company or a lump sum in species. Many companies do not realize that the work they do is considered R&D, which is defined as any work aimed at resolving scientific or technological uncertainty, whether it is a new process, product or service. . Basically, R&D work does not need to have been successful to qualify, and claims can be made up to two years after the end of the tax year in which the work was carried out. occurred.

Maqbool Rafique, Director of Airguard Filters, said: “Before this, we didn’t know we were eligible for R&D tax relief, so this really opened our eyes to the innovation funding that is out there. There will have been projects we’ve done in the past that probably would have qualified as well. This tax break is something we are acutely aware of now whenever we consider developing a new product.

“We are currently trying to expand our international footprint as these types of filters are in demand around the world and we need to be able to compete with foreign companies in terms of quality and price. We will have to keep innovating if we are to succeed, but knowing that tax relief is there to support us greatly expands our horizons for innovation.

Kully Nijjar, Managing Partner at innovation finance specialist Catax, added: “Airguard Filters is an example of a company that is constantly adapting. Maqbool and his team have done a great job of identifying where further improvements could be made and the large sums the company has received is a testament to tremendous hard work. They are another example of a company that was unaware that this relief applied to it, but whose management team now includes the scheme as a key consideration in its future investment decisions.

Many difficult cogs in the wheel of electricity prices