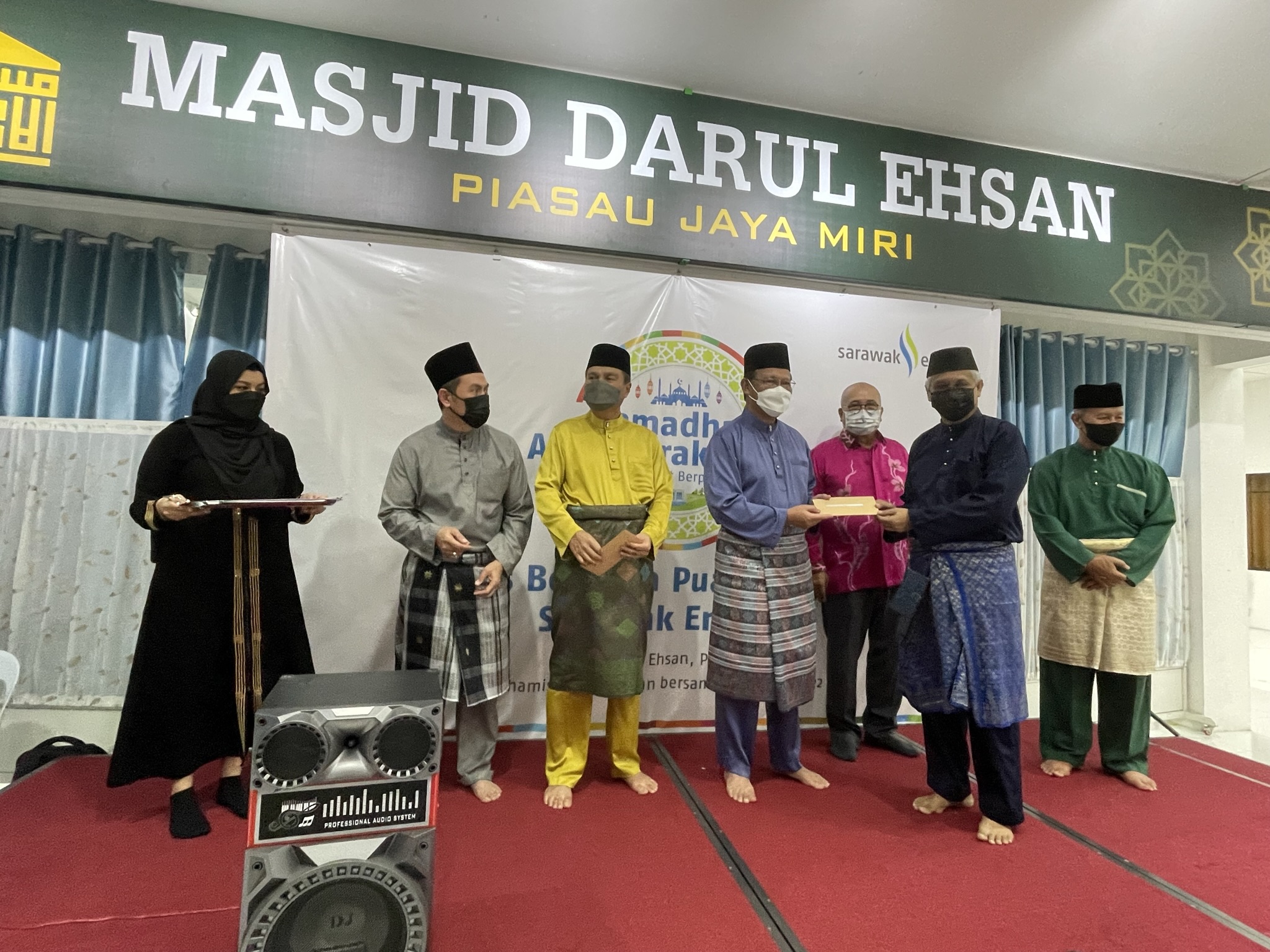 1,194 people in rural areas of Miri Division have been supplied with electricity thanks to the Alaf project since 2018

The group chief executive of Sarawak Energy said it was part of efforts to ensure the connection of electricity supply to the whole of Sarawak by 2025.

“This connection covers the areas of Niah, Subis, Beluru, Lambir, Marudi including Tudan and Kuala Baram.

“In addition, a total of 607 houses have been surveyed and targeted for completion of connection to power supply this year,” he said during a fast-breaking event at Masjid Darul Ehsan in Piasau last night.

“Especially for Miri and the northern part of Sarawak, our company is making huge investments to upgrade and strengthen the power supply system,” he said.

“With these substations, electricity supply can be improved and 33kV and 11kV distribution systems can be restructured.

“In Lawas, the Kota 2 mini-hydropower plant is also fully completed and functioning to meet the needs of the residents,” he added.

Sharbini pointed out that the Northern Grid Extension Project, scheduled for completion in the next few years, will connect northern areas of Sarawak to the state grid and improve power supply in Miri, Limbang and Lawas. .

“It will also serve as an injection point to support energy exports to neighboring states and countries,” he said.

He explained that land ownership issues are among the biggest challenges for the project.

“This protracted problem will pose a long-term risk to the reliability of the electricity supply system in North Sarawak.

“We hope that power infrastructure upgrade projects will be given importance and cooperation from all parties will be needed to ensure that developing cities like Miri have a stable power supply system to meet the needs of all their inhabitants,” he said.

Sharbini also thanked the Miri community, the police, as well as local authorities for their cooperation in solving the problem of illegal bitcoin operations and rampant energy theft.

“Suppressing these activities is important to prevent the dangers and risks of electrical accidents in the community and has helped Sarawak Energy avoid serious financial losses,” he said.

Deputy Minister of Public Utilities and Telecommunications II Datuk, Dr Abdul Rahman Junaidi, said one of the government’s priority efforts today is to ensure that every home in Sarawak is supplied with electricity 24 hours a day. 24 by 2025.

At the event, he commended Sarawak Energy for being able to work with the mosque’s management to hold the ceremony in person under relaxed Covid-19 prevention standard operating procedures.

“We are grateful after almost two years of not being able to organize various forms of events during the month of Ramadan, this year we have been granted permission by the Government, Ministry of Health and Sarawak Disaster Management Committee to gather in this one event.

“Our hope is that despite such flexibility, we will continue to adhere to the guidelines and SOPs set out by the government so that together we can help curb the spread of Covid-19,” he said.

Electricity prices will rise in Abkhazia amid energy crisis